Board swears in newly elected members

Returning board member Jeanne Schottmueller and new board member Brandon R. Wilkes were sworn into office during the April 13 meeting of the Pattonville Board of Education. Immediate past board president Andrea Glenn administered the oath of office. Schottmueller and Wilkes were elected to three-year terms during the April 6 general municipal election. 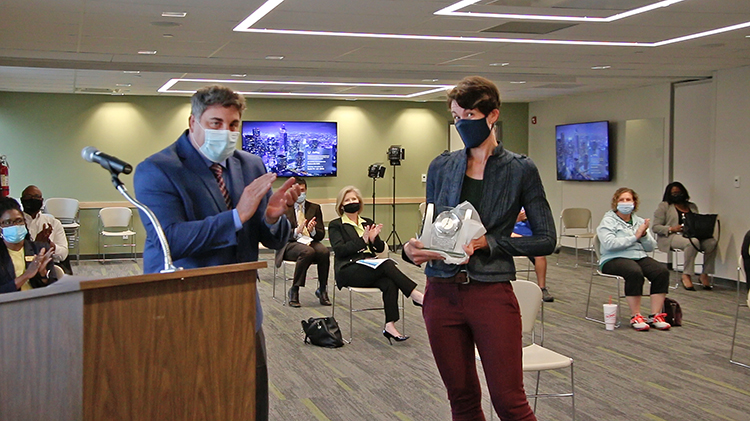 The board of education and superintendent Dr. Tim Pecoraro also thanked leaving board member Dr. Amanda Lieunau Purnell for her three years of service on the board. The school board also voted on officers and annual appointments to various organizations. The officers are as follows: Dr. Brian Gray, president; Mary Kay Campbell, vice president; Mindy Ridings, secretary; and Ruth Petrov, treasurer.

Give Us Your Feedback